So I didn’t have to go out to that stupid dam today, though I did have to do a bit of work-from-home, and then the neighbor came over and said they were going to burn the fence, so I went out to help. Wound up getting most of that stupid dead willow at the back of the field, though unfortunately the elm trees back there didn’t go up in a wall of flame to save me from the chainsaw (which will happen at some point). Took a shower, and now under plans to go visit the local brewery, where they are having craftbeer sample day! $10 at the door to try out the beers from 11 different Western Slope breweries. Fun times.

This is going to happen

Beernaversary at my favorite brew pub 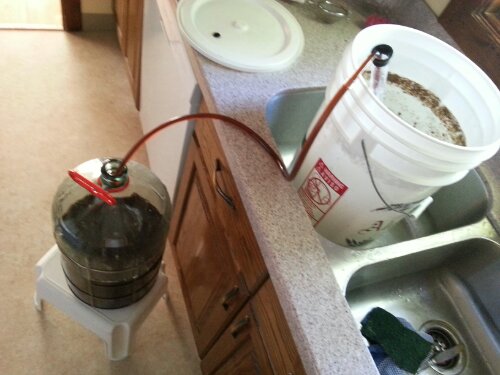 With the liquid from the soaking cacao nibs and vanilla beans. I hope this works…

Going to be a chocolate vanilla stout, hopefully

Comments Off on Mmmmm… 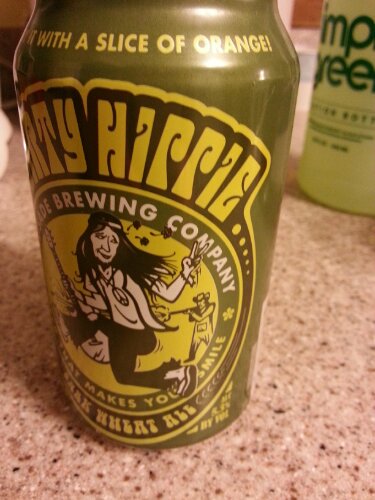 “Dirty Hippie Dark Wheat Ale” from one of the local micro breweries. It’s pretty darn good, and the can art is pretty hilarious.

Oh, yeah, I bottled some beer yesterday. Need to stay on the next batch, now, I guess.

Made with real non processed hops. Seemed ok tasting it, though that doesn’t necessarily mean it will taste ok after it conditions…

Free beer for the birthday boy!

Someone I know with a couple hop vines let me pick some. Guess all my excuses as to why I haven’t been brewing for a couple months are all wearing off.

Filed under Beeeeer, grow your own, life

Now THAT is a pretty (homemade) beer.

Comments Off on Nice

Another batch of beer

Rest easy, little ale. I’ll be seeing you again in a few weeks.

So the other weekend, when it was so horribly dusty outside, I bottled my latest batch of beer. It was supposed to be a red ale, but if I had followed the recipe I would have had something like 1/6th of a pound of roasted barley left over, so I just threw it all in, which resulted in a nice dark red/brown color (I’m calling it Dust Bowl Brown). It’s only been bottled a week, and you’re supposed to wait at least 2 weeks before even thinking about tasting it, but of course you never can wait that long, so I popped one open at the 1 week mark, and thought that it was a perfectly delightful normal brown beer–unremarkable, but nicely drinkable, I suppose you could say. And then the other day I went to a new brewpub out in Fruita, and tried their brown ale–their professionally made, salable, and entertainingly named brown ale. I am happy to report that it was just as good as my young, green, only-going-to-get-better brew. Validating.

Sorry none of you folks is likely ever to taste it, but what can I say–sometimes you just have to pat yourself on the back for a job well done.

Fools! You probably thought I was joking!

Comments Off on Fools! You probably thought I was joking!