Comments Off on First snow!

After wondering if September would ever end, it’s finally the end of November. Not sure where October went, but no one at all has accused 2016 of making a luck of sense.

Comments Off on It is snowing.

And everyone I know works for the school district.

I don’t, but I’m not going anywhere til the plows get here, at least. 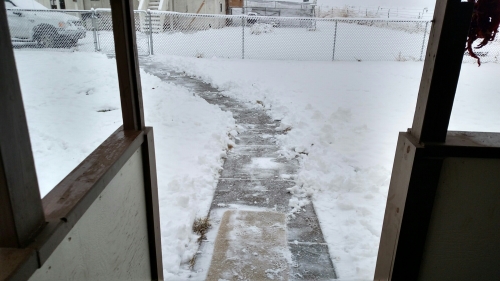 And it’s still coming down!

The Algor struck in the night!

Filed under Algor, the weather

There we go, that’s more like the June we know and hate

Today was the first day in recent memory that it didn’t rain on me at all anywhere. I know I’ve said this before but I’m not exaggerating at all when I repeat it: this is the most rain I can ever remember having in one stretch. And there’s still chances for every day in the forecast. Shudder to think what will happen in July when monsoon season hits…

Comments Off on Crazy

How many days straight does it have to rain before the weather service upgrades the chance of precipitation above 50%?

Comments Off on Question.

It’s all fieldwork, all the time here. Tuesday I got some nasty sunburn on the tops of my knees from wearing shorts, and yesterday I think I almost died of hypothermia, despite wearing 5 layers and a wool hat. The sunburn of course then spoiled my hot shower whilst trying to warm up. Thanks, spring weather. Not sure what I’m going to plan on for today; how does one prepare to be struck by lightning during a frogstorm?

Comments Off on Sproing

Filed under at work, the weather

Forecast for tonight has been upgraded to 3-5 inches of snow. Forecast for tomorrow has been upgraded to 1-2 inches. Still getting up to 50 on Wednesday. Not gonna hurt the seeds any, the moisture will help. We still need more. Of course I’m supposed to go out to my dam tomorrow morning. Maybe I’ll delay it a day or two, but I only have a couple hours worth of work, so I COULD do it… but… if you can wait a day and not have to drive 60 miles in the snow, well…

Comments Off on Eating my words

To all my poor eastern friends

If you’re tired of all your snow and cold, why not come and visit the high country of Western Colorado, where I think it’s gotten below freezing twice in the past month and I just planted spinach, onions and garlic in the garden!

(To be fair there is actually a chance of rain in the forecast for the next couple of days, but I don’t think there’s going to be enough snow to impact anything on this side of the mountains til next winter, sadly.)

Filed under grow your own, the weather

I was so glad when the wind blew on Monday, because at least it proved that there was still something going on out there in the atmosphere. I guess over in Denver they got snow, but over here it’s feeling like the spring runoff will be starting any day, two months early (this is what is known as a “Bad Thing”). Now they’re saying that there’s supposed to be a “slight” chance of rain this weekend, but the temperature is still going to be above freezing, so I don’t think it’s going to amount to much. Last winter was one of the coldest and snowiest on record; I guess since we’re not trying to move the house from one side of town to the other this year it doesn’t feel the need to be unpleasant.

Maybe I need to go and wash my truck, or something. 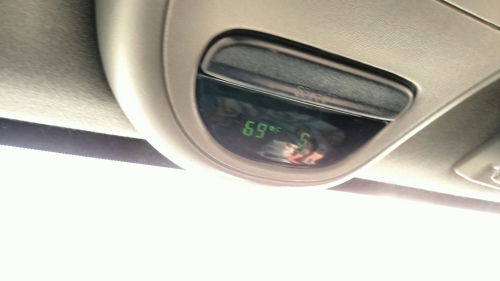 It’s not even the middle of February. Guess there’s not going to be any fruit this year–just because it’s 70 now doesn’t mean that it’s not going to frost at some point. And those little blossoms sure don’t appreciate the cold…

Comments Off on Well, damn

Filed under life, the weather